Identity and the Web 3 Metaverse 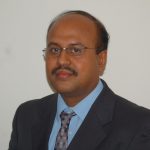 Nothing stays the same for very long, especially not in the world of information and communications technology where the only constant is relentless innovation and change.

The World Wide Web is no exception: in 1989 when the Web was born, no one could have imagined the impact it would have on the world – touching every aspect of our lives, the biggest life changing transformation we have witnessed in our lifetime.

At the start it was just ‘the Web’, although we now refer to it as ‘Web 1’ – a single direction, one-way, ‘sit back and consume’ ecosystem where the user was the consumer and the Web site the provider – the early world of information-only websites. Very quickly, however, the digital world was introduced to affordable mobile devices and the Web began evolving towards a bi-directional model where the consumers of the Web had their first opportunity to become producers as well, using mobile devices as the content creation tool. We are now in 2004-2005, and Web2 was born.

Fundamental to the shift into Web2 was this evolution from “sit back and consume” into a more “lean forward and participate” model. Access to the Web became more portable and a “place shift” happened, where the consumer of the Web did not to be fixed to a place (for example a desktop PC) to use the Web, and Social Media grew rapidly from tentative early steps to the most prominent and ubiquitous Web usage model in less than a decade.

Not only that, but Web2 also brought with it a digital transformation platform enabling almost all businesses to develop a web store and drive core business online. And the innovation doesn’t stop there – we are currently witnessing another major development unfolding across the Web, fuelled this time by emerging technologies such as Blockchain/DLT and tokenisation: the enabling of Web decentralisation. Web3 is upon us.

What does all this mean for Identity?

Interestingly, during the journey from Web1 to Web3, one critical aspect has remained constant: the need for effective, ergonomic Identity and Authentication solutions.

Right from the beginning of Web1 the digital world has been relying on username and password as a temporary solution, almost as a placeholder until a ‘proper’ solution was found, and this has led us into an Identity crisis across the digital world.

In actual fact, the usage of digital passwords is much older than the Web, starting with the MIT CTSS (Compatible Time Sharing System) in 1961, making passwords one of the oldest surviving technologies that we still use today, albeit reluctantly. But we’re not learning – the most popular password used over the last 5 years is “123456”, a crazy fact in a world where 81% of all data breaches are related to passwords (Verizon DBIR 2022).

The Metaverse  is spreading its wings to become an enabler for the next generation of the digital ecosystem, repositioning our digital journey going forward with, most likely, a definition for a convergence between the digital and the physical worlds.

As Web3 is likely to be the critical enabler for the Metaverse, it’s fundamental that we don’t bring the Identity crisis from the Web journey so far into this sophisticated, complex ecosystem, and the great news is that there is a solution available: Mobile Authentication.

Mobile Auth re-uses the mobile operator’s core assets (the SIM and the mobile network) to provide a secure and convenient alternative to the usage of passwords. It’s also omnipresent – more than 5 billion mobile devices use the same core mobile operator assets around the world several times a day. It also makes the user a participant in the identification process instead of merely a “responder” to a challenge as is the case in a password-based ecosystem where the user is only responding with the password when challenged to authenticate.