Phone companies asked to ‘do more’ to stop fraud calls 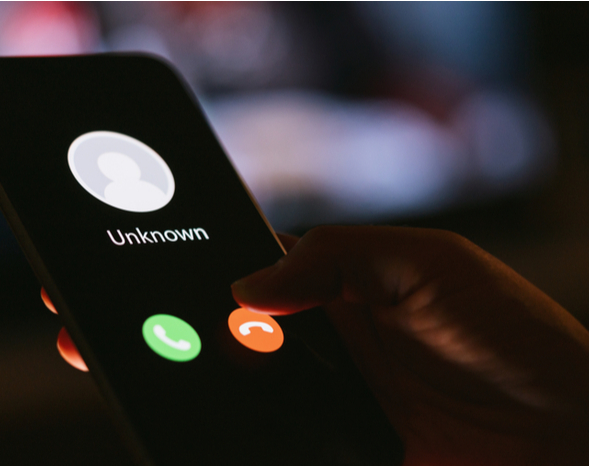 A recent UK report by the Royal United Services Institute (RUSI) states that credit card, cyber and identity fraud have now reached ‘epidemic’ levels, costing the UK economy up to £1.9bn ($2.6m) a year, putting huge pressure on the public purse and threatening the reputation of the UK as a place to do business. At the heart of the problem is the ability of the fraudster to spoof phone numbers and make calls that persuade unsuspecting citizens to part with their hard-earned cash.

In a recent article published by the BBC, their Money Box reporter Dan Whitworth recorded a call from an individual claiming to represent the UK Government’s tax, payments and customs authority, HMRC, attempting to persuade him to make a payment of almost £2,000, all under the headline “Phone companies ‘must do more’ to stop fraud calls”.

An explosion in Fraud

The article, published on 27th March 2021, quotes Graeme Biggar, Director General of the UK National Crime Agency’s National Economic Crime Centre, stating that there has been an explosion over the last 12 months in the number of criminals spoofing phone numbers to carry out this kind of fraud, and that the UK needs ‘a step change’ in its response to fraud in general.

London-based UK Finance, an organisation providing a collective voice for the promotion of a safe UK banking and finance industry, highlight in their 2021 ‘The Facts’ report that “the banking industry worked hard throughout the (Covid) pandemic to protect customers from fraud and to go after the criminals behind it, with over £1.6 billion of fraud stopped in 2020” but that “criminals turned to online and technology-enabled scams to exploit people’s fears about the Covid-19 pandemic, evading banks’ advanced security systems and using digital platforms to target victims directly and tricking them into giving away their money or information”.

Meanwhile, in the BBC report they identify ‘phone number spoofing’ (the manipulation of the Caller ID seen during an incoming call to show a false number or mimic the number of a real company or person) as a core method used by the fraudsters to trick a user into believing that they’re passing personal data – for example their bank account login details – to a reputable party.

The mobile operators, and the mobile industry in general, are of course taking their customers’ security very seriously. The UK mobile operators are quoted by the BBC as saying that they are “committed to taking action against nuisance calls and to working with Ofcom (the UK telcoms regulator) and law enforcement bodies to reduce the threat.”

And in a world where the explosion of fraudulent activity is real, it’s critical that consumers are aware of the dangers and equipped to resist and avoid deceptions if they arise. Organisations such as Victim Support provide advice and support for citizens affected by cyber and identity fraud activity but make it clear that “many cyber-crimes are committed by offenders who may be thousands of miles away, which makes it difficult for police and other law enforcement agencies to bring them to justice”.

Whilst fraudulent activity may qualify you for a refund from your bank or credit card company, this is by no means certain, and as a society (Government, commerce and as individual citizens) there is a lot more that we can and should be doing to ensure that we keep ourselves, and the more vulnerable in society, protected from the fraud explosion.