The Principles of Identity and the Ship of Theseus 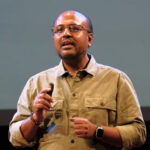 The Principles of Identity and the Ship of Theseus

The Ship of Theseus is an intriguing thought experiment that you might know, and one that can help to explain the principles of identity. It first appeared in print by the ancient Greek historian Plutarch, although it has been around since antiquity and has been discussed by the ancient Greek philosophers Heraclitus and Plato and has been later discussed by English philosophers Thomas Hobbes and John Locke.

Theseus is described as the mythical king and founder of Athens and a Greek hero. It is supposed that the ship was sailed by Theseus through a battle and was kept in a harbour as a museum. As time passes by, the wooden parts of the ship start to get damaged and rot and the ship gets repaired and replaced with new parts.

UK readers will probably be thinking of the ‘Only Fools and Horses’ episode, “Heroes and Villains” and Trigger’s Broom, where Trigger has just been presented with an award for saving the council money. “And that’s what I’ve done.” says Trigger, “Maintained it for 20 years. This old broom’s had 17 new heads and 14 new handles in its time.”

As an identity enthusiast, here are the five core Principles of Identity I propose, ostensibly for digital identity, although the same applies to organic identity, following the catalysing thought experiment of the Ship of Theseus:

As we saw in the Ship of Theseus, the identity of the ship is made up of the components, pronouncing the plurality. Identity, as narrated in ISO/IEC 24760 and referred to in ISO 29115 Clause 3.13, is the “set of attributes related to an entity” and also highlights the plurality. E.g., for a human entity, the plural attributes are name, address, demographic characteristics, gender, voice, gait, body habitus etc. It is interesting to note that in the security and identity ecosystem – 1 plus 1 is more than a numerical 2.

Identity Principle 2: Identity is a composition of plurality into a singularity

Identity itself is a paradox – it has the inherent plurality as we saw in Principle 1, and at the same time it implicitly is a composition of all those plural attributes to merge into a singularity – the identity of the entity. The composition is hierarchical – the components themselves have their own identity – like the parts of the ship has their own identity. The composition of the name, address, date of birth, gender etc. converges into the singularity – the identity of the human entity.

This is the core narrative of the Ship of Theseus; the identity changes over time – catalysed through the components and the attributes which compose the identity. The address of residence may change over time for a human entity, so if that’s an attribute used in the plural space to compose the singular identity, then the identity is not the same over time of that entity. This is one of the most critical elements of identity in the digital world. In the digital world, the dynamism of identity plays a significant role in establishing the singularity – the identity.

In the Ship of Theseus, the identity of the ship is abstract – it is established by composing the plural components. What is visible in the context of identity is the entity (e.g., the ship). Abstraction and invisibility of identity is a critical characteristic in the digital world and needs to be considered in the establishment of identity, e.g., when authenticating a human entity.

These principles provide a framework for solving the identity crisis in the digital world, through learning and synergy with the organic world. Identity is a human right and that should extend to the digital world as well, as the boundaries between the organic and digital world become increasingly blurred. Digital identity inclusion is much more than a need for getting everyone together towards the future of humanity.

Let’s work towards ensuring identity for all, together.

Through the integration of real-time mobile data into our partners’ existing services, we enable them to extend and enhance their customer offerings into new services, use cases and geographies through the adoption of SAFr, our single standards-based, mobile intelligence API.

To offer your customers the opportunity to benefit from our global mobile identity solutions, contact the Sekura team today.