How Digital Services have become an enabler for ‘Familiar Fraud’. 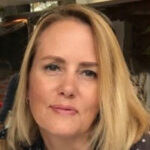 How Digital Services have become an enabler for ‘Familiar Fraud’

Most of us are very aware that we should be on the lookout for scams: emails that aren’t from who they claim to be, social media quizzes that encourage you to give away personal information and of course the ‘parcel undelivered’ texts that have caught many people out over the past couple of years.

We think of ‘scammers’ as shady characters, the lawbreaking people who lurk behind our screens, the teams of criminals causing us harm from far-away locations. The reality of identity theft is sometimes not as clear-cut though, and the perpetrators of this crime can often be much closer to home that you could possibly imagine.

Record numbers of data breaches in recent years have meant that more consumers than ever are at risk of this type of crime, and a sad fact is that many cases of identity theft and fraud are committed by someone that the victim knows.

This type of crime, that committed by those close to us, is known as ‘familiar fraud’ is when anyone close to you—a spouse, a parent, a grown-up child or even a friend – accesses your personal information or existing accounts without your permission and uses it to open new accounts, credit cards or make large purchases.

Too frequently, the most common victims are also the most vulnerable

Surprisingly, the most common victims of this type of fraud are actually children, and because of this, many cases of familiar fraud go undetected for years.

Unfortunately, where a person known to the child (a close family friend, a sibling or even a parent) has easy access to their personal information, it appears that the temptation to abuse the trust that the child places in them, is too hard to resist.

Access to the child’s information can sometimes lead to the thief running up thousands in credit card or personal loan debt using socially engineered identities using a combination of real and fictitious data, including personal details taken from the child. Often occurring over several years and starting when the victim is very young, the impact is felt later in life when they reach adulthood and are looking to open a line of credit for themselves, such as a student loan application or a mortgage application and are refused.

Sadly, in many cases, by the time that this kind of crime is discovered, the individual is not only confronted with a large debt they were unaware of but has also had their credit score destroyed leaving them unable to move forward with large life-changing purchases of their own.

New research from a US-based advisory firm reports that almost 1,25 million children have fallen victim to identity theft and identity fraud in 2021

According to the findings, over half of all cases of identity theft and fraud in 2021 involved children aged 9 or younger; 70% of all victims knew the perpetrators to some degree.

Children aren’t the only victims

Where the children are unaware of the fraud being committed in their name, other demographics can be equally vulnerable.

While typical scammers rely on hiding their real identity from the victim, familiar fraud exploits a close, trusting family relationship. Older citizens can be susceptible to this because they can be more trusting than younger people, have more savings and equity, and can often be less likely to manage their finances closely.

Defrauding elder members of the family by other family members is unfortunately on the increase. Due to spiralling economic pressures, it’s a sad fact that greater numbers of people try to take advantage of their own family members – often driven by rationalisation of conduct along the lines of “I took care of you all these year’s so you owe me”.  The phrase “familiarity breeds contempt” can be highly relevant in the familiar fraud discussion.

And if that wasn’t depressing enough, familiar fraud is unhappily quite widespread. Roughly 6 in 10 cases of elder financial abuse are committed by relatives, and 3 in 10 cases can be directly traced to neighbours, friends or carers. Also, because the abuse often happens over a long period of time, the amounts stolen can be significantly higher than the amounts taken in other forms of fraud against seniors.

Is familiar fraud under-reported (and therefore a bigger problem than it appears)?

Familiar fraud is a particularly repulsive form of identity theft. Firstly, it’s highly unpleasant to think that you have to be on your guard against people you know, but it’s also very much subject to opportunity. It would not take too much effort for a visitor to your home to collect your personal information in a matter of minutes by taking mobile phone photos of your unsecured personal documents.

The other challenge is deciding on whether or not to report the crime. It’s common for this type of fraud to be committed as a result of addiction or other personal issues. Victims may be highly conflicted about turning in a friend or family member and compounding their problems and may also fear that they will be judged for reporting the crimes.

Familiar fraud is believed to be under-reported, most likely because victims fear that they won’t be believed by the authorities, or they fear implicating members of their close family or friends, so damaging relationships and causing long term damage. In other cases, it can go undetected as people don’t believe that a family member could do such a thing, or because – very sadly – the fraud has begun when the victim is only a child.